Finished the three wagons I've been working on, seemed to take longer to do the horses for some reason. First the small 2-wheel 'one-horse' wagon 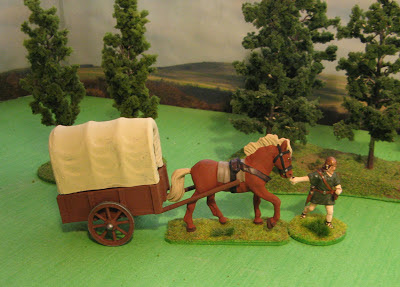 Next the 4-wheel big waggon, load made up from various odd large scale bits I'd accumulated 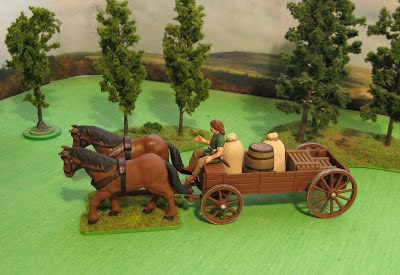 and finally my favourite the 'coach' 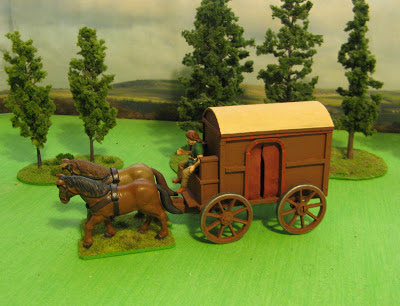 Completed the current batch of civilians,  they are more for the romans although one or two could be used for the gauls 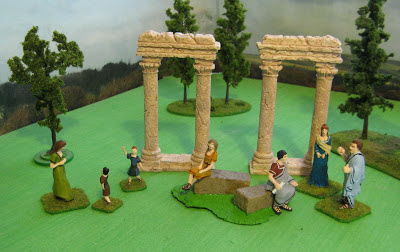 Something is needed for the gauls to attack, so some wagons and transport are being built/converted (mostly using cardboard).

I started on a carriage using some toy wagon wheels as a base. I bought a  cheap wild west playset - just to get the two wagons in it. I used one as is, but with a seat added for the driver. 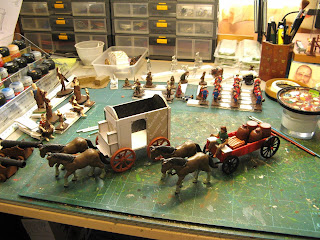 Further work has been done - the carriage has had it roof added and extra framing; also a small two wheel wagon first build has been completed using some parts from the other wild west wagon. 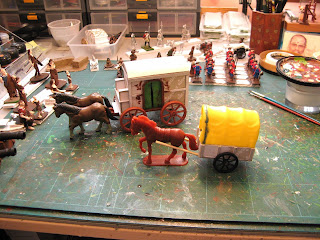 these need finishing off and painting - better get those civilians finished first I suppose
Posted by tidders2 at 11:38 AM 1 comment:

Email ThisBlogThis!Share to TwitterShare to FacebookShare to Pinterest
Labels: modelling

Nice to get these chaps finished, they were taking up a large amount of space on my modelling desk (causing project stack overflow..) 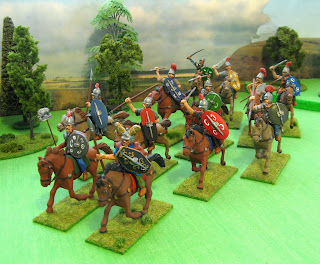 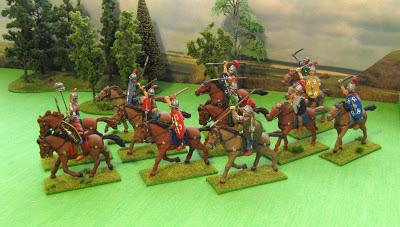